Dawn Of A New Era

With three new coaches, fourteen new players, a new CEO and a football operations manager barely into his second year, the Tigers are genuinely starting afresh. What an opportunity and as Patrick Smith wrote in The Australian:Their task is a mighty one but it is an opportunity that few get in football. That is a clean slate. Too many clubs are burdened with traditions that blinker and blind. That is not Richmond's problem. Click here for the full story.

Hosted by Jeff “Coodabeen” Richardson, a packed room of 250 guests at Hilton on the Park witnessed the spirit of the dawning of a new era at the first Tommy Hafey Club lunch for 2010 on Friday 16th April.

CEO Brendon Gale outlined his vision for three final appearances, no club debt and 75,000 members by 2014. Frank and open questions were put to senior coach Damien Hardwick and back-line coach Justin Leppitsch. Frank and honest answers were provided and left no doubt that the men in charge at Punt Road are clear headed about the task ahead and determined to do the hard yards required to return the Tigers to the on-field powerhouse we once assumed was our natural right.

Following jaw dropping video highlights of his amazing career, Matthew Richardson received a hero’s welcome before introducing 8 of the first year players who we hope will help deliver the on-field success we crave. Richo was an inspired and entertaining interviewer who seems destined to become a successful media commentator. He made the first year recruits feel welcome and at ease notwithstanding their having to face an audience of 250, the vast majority of whom were true Tigers hanging on their every word. Mind you, the words were fairly few and far between, the young recruits tending to be a bit microphone shy, but it was enough to give an encouraging insight into the calibre of our future champions.

The Hilton was a first class venue with their superb food perfectly complemented by fine Yalumba wines including the splendid Yalumba Barossa Shiraz. Rohan Bardwell, State Manager Vic/Tas, was one of eight  guests hosted by CEO Brendon Gale.

The VIP table draw was won by Jason Smith. Jason and 9 of his guests now get the chance to dine out on the $500 dining voucher generously provided by Michael Burke of the Malvern Hotel (corner Glenferrie and Malvern Roads, Malvern). Eligibility for the VIP table prize is open to all table bookings of 10 guests.

As usual, the day ended with a full-blooded rendition of the Richmond theme song. Many lingered after for catch ups and to rub shoulders with some of the famous names in the room including Tommy, Richo, Francis Bourke, Michael Green, Roger Dean, Neville Crowe, Ron Branton, Mike Perry to name some, while those who could, adjourned to the bar for a few coldies.

Another hugely entertaining and enjoyable Tommy Hafey Club function. Don’t miss the next ones on:
July 16th, theme Tommy’s Proteges (will feature Tommy and up to 8 of the 20 players he coached who later went on to coach at senior AFL level). Should be a beauty. At the Hilton again.

August 27th, theme “Save Our Skins” a tribute to the 1989 campaign which saved Richmond from either extinction or re-location to Queensland. This will be a big historical event, with many of the luminaries from that time. 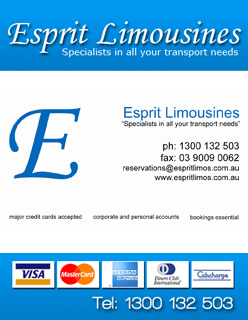 We have 312 guests and no members online